An Evening with Lesley Stahl 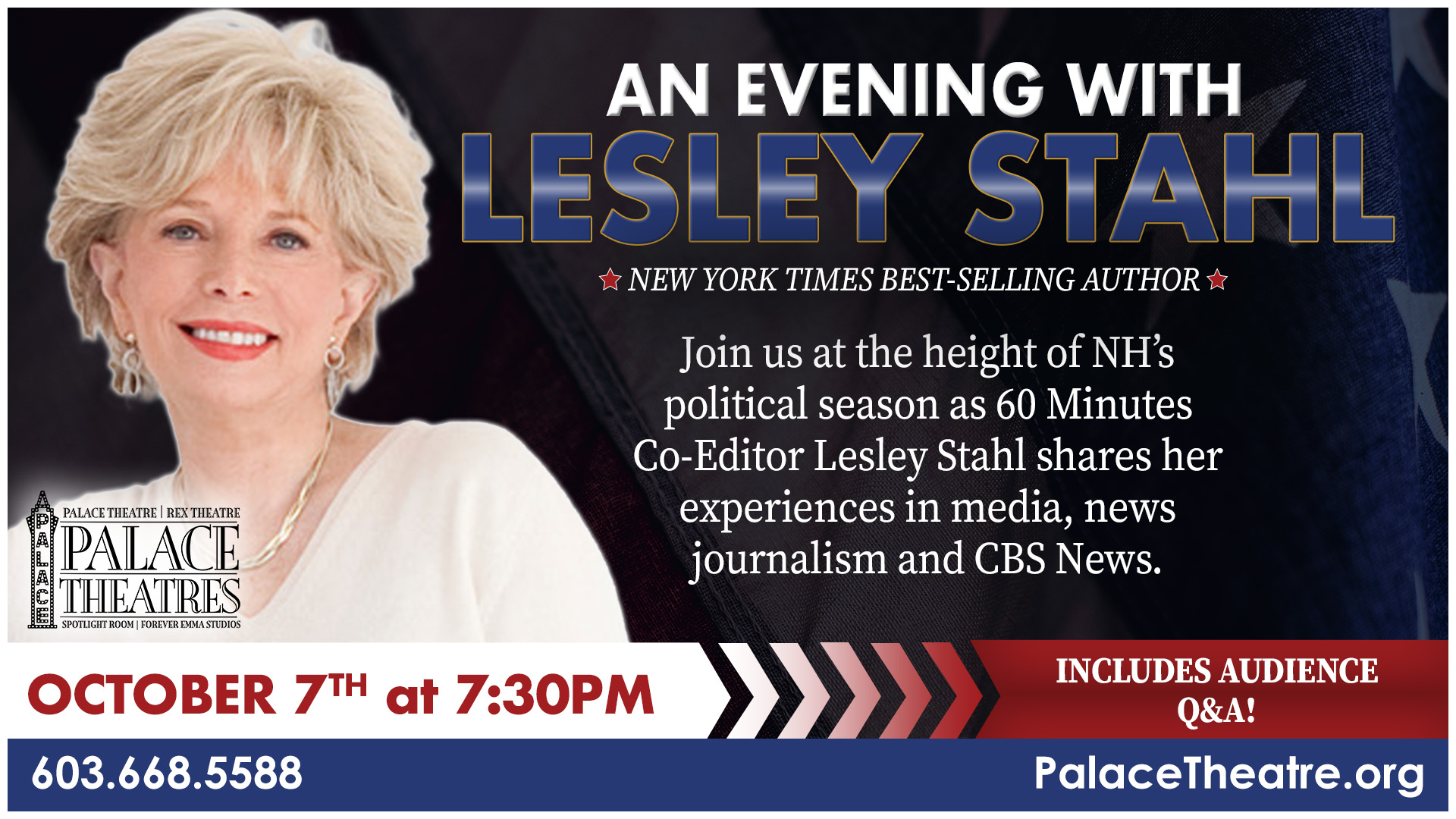 Join us at the height of NH’s Political season for An Evening with Lesley Stahl as she shares Experiences in Media, News Journalism, CBS NEWS. A segment of her presentation will include Audience Q&A.

Legendary Broadcast Journalist and Co-Editor of 60 Minutes. With the candor and charm that has helped her become a journalism icon, Stahl discusses her professional and personal life as one of the first female television reporters. First hired by CBS News in 1972, she entered an industry that was male-dominated, but she broke through and made a name for herself. With humorous and poignant anecdotes, Stahl talks about her covering the White House during the Carter, Reagan, and George H.W. Bush presidencies, and then about her years covering the world as co-editor of 60 Minutes. She comments of the news of the day, as well as some of the major stories she covered in the past, including Watergate, the Iranian hostage crisis, and every presidential election since 1972. She also talks about the state of the news business and the difficulties of working and raising children.