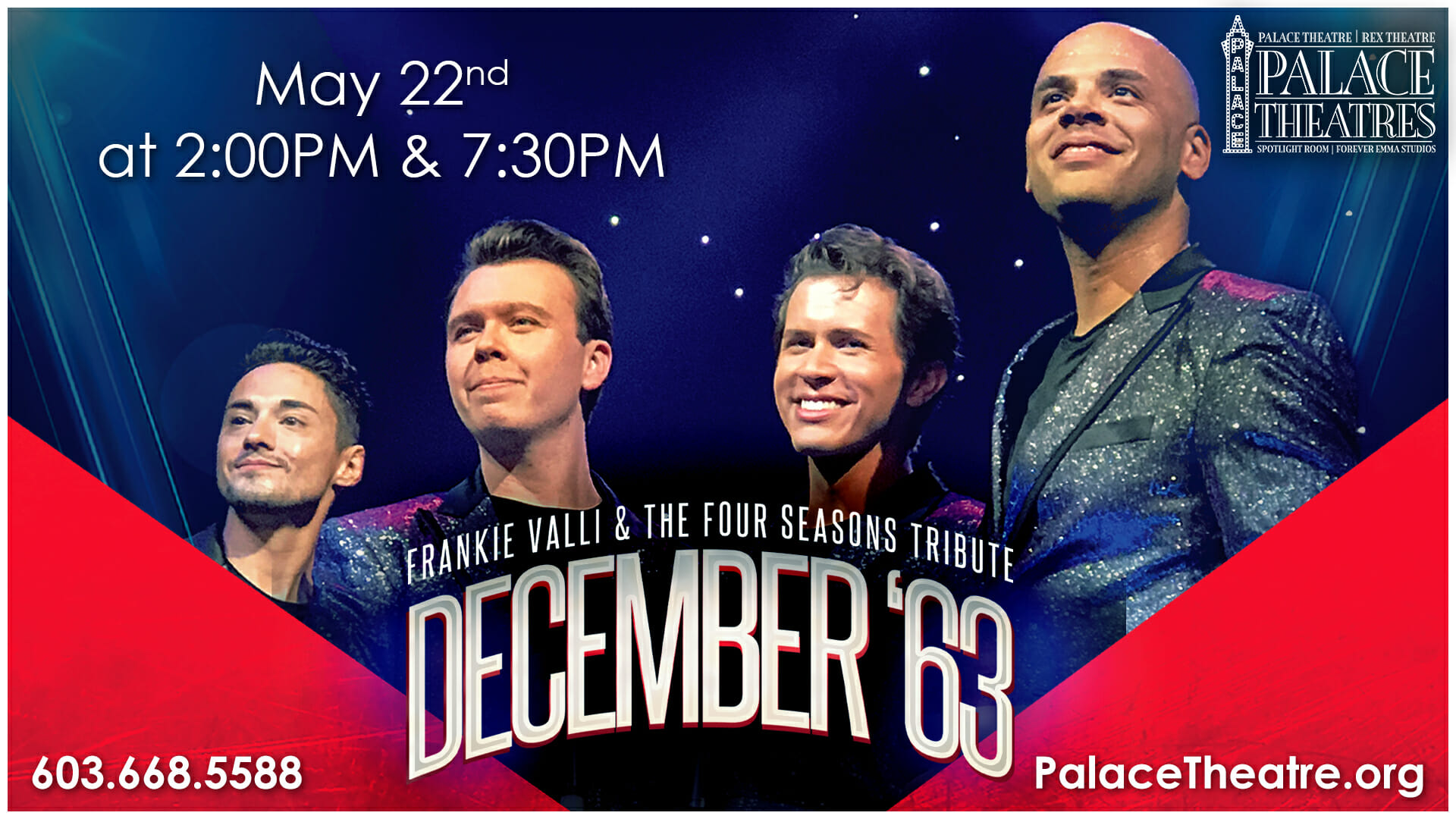 The music of FRANKIE VALLI AND THE FOUR SEASONS comes to life in this one-of-a-kind concert experience. DECEMBER’63 showcases all your favorite songs from Frankie Valli including the classics that have been thrilling audiences for decades. This re-creation of a Frankie Valli and The Four Seasons concert will have you reaching for the high notes as our cast and band take you on musical journey with stops at every phase of the careers of Frankie and the boys! In 1962, the group released their first album, featuring the single “Sherry,” which was not only their first charted hit but also their first number-one song. The Four Seasons followed up “Sherry” with several million selling hits, including “Big Girls Don’t Cry,” (their second #1 hit), “Walk Like A Man,” (their third #1), “Candy Girl” and several others. From 1962 to early 1964, only The Beach Boys matched the Four Seasons in record sales in the U.S. Come out and enjoy a night of timeless classics!