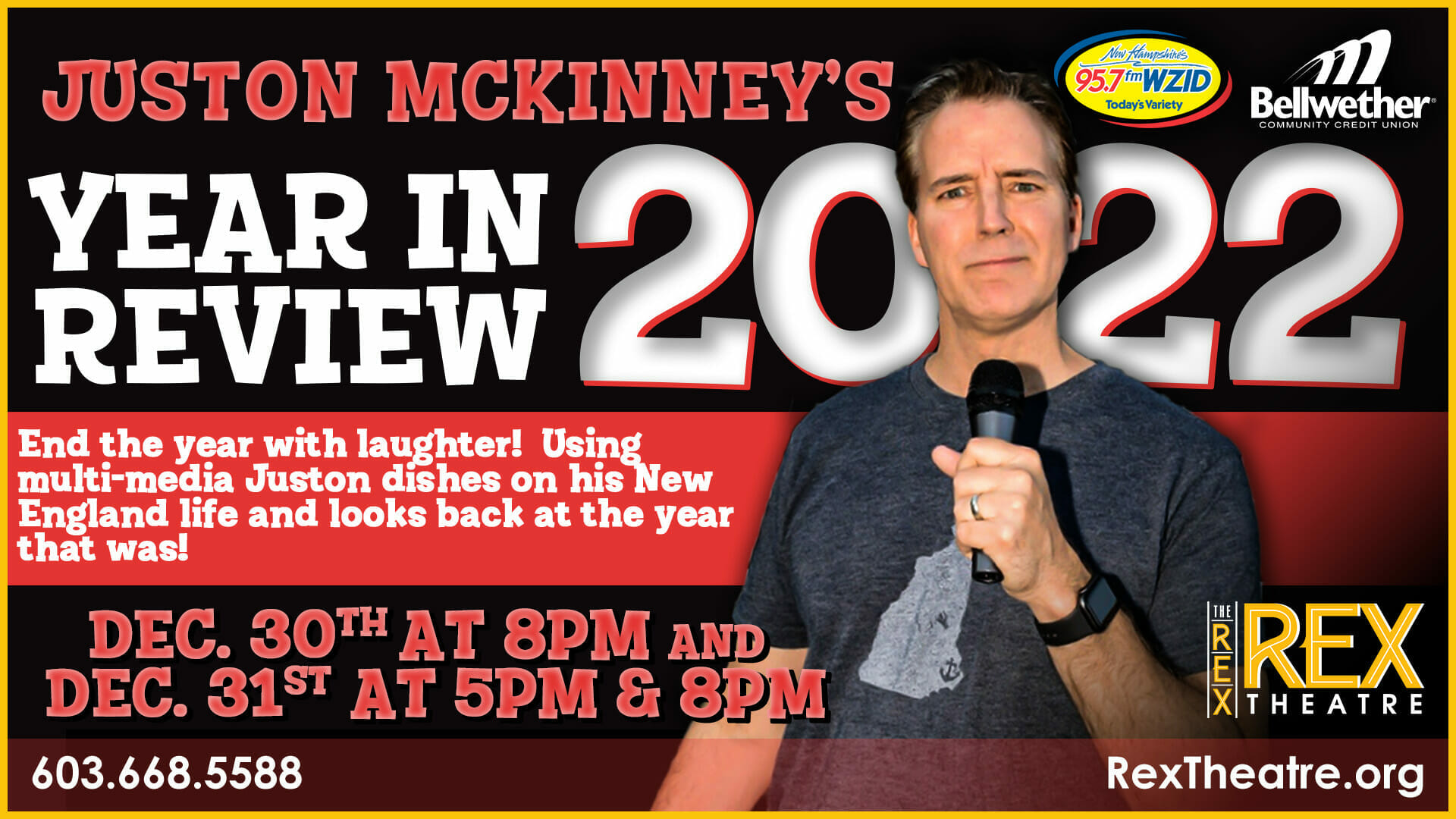 End the year with laughter as NH’s Juston McKinney brings his one of a kind must-see show to the Rex Theater! Using multi-media Juston dishes on his New England life and looks back at the year that was!

Juston has multiple appearances on the Tonight Show, Conan O’Brien, both a half-hour special and a one-hour special on Comedy Central. He also has two one-hour specials you can currently see right now on Amazon Prime! Throw in some appearances at the TD Garden for Comics Come Home, a Showtime special with Rob Gronkowski, and you can see why NH Magazine named him “Best of New Hampshire” and the New York Times called him “destined for stardom.” Have the last laugh of 2021 with Juston at the Rex!