Songs of A Natural Woman

Event Series (See All)
Starting at $30 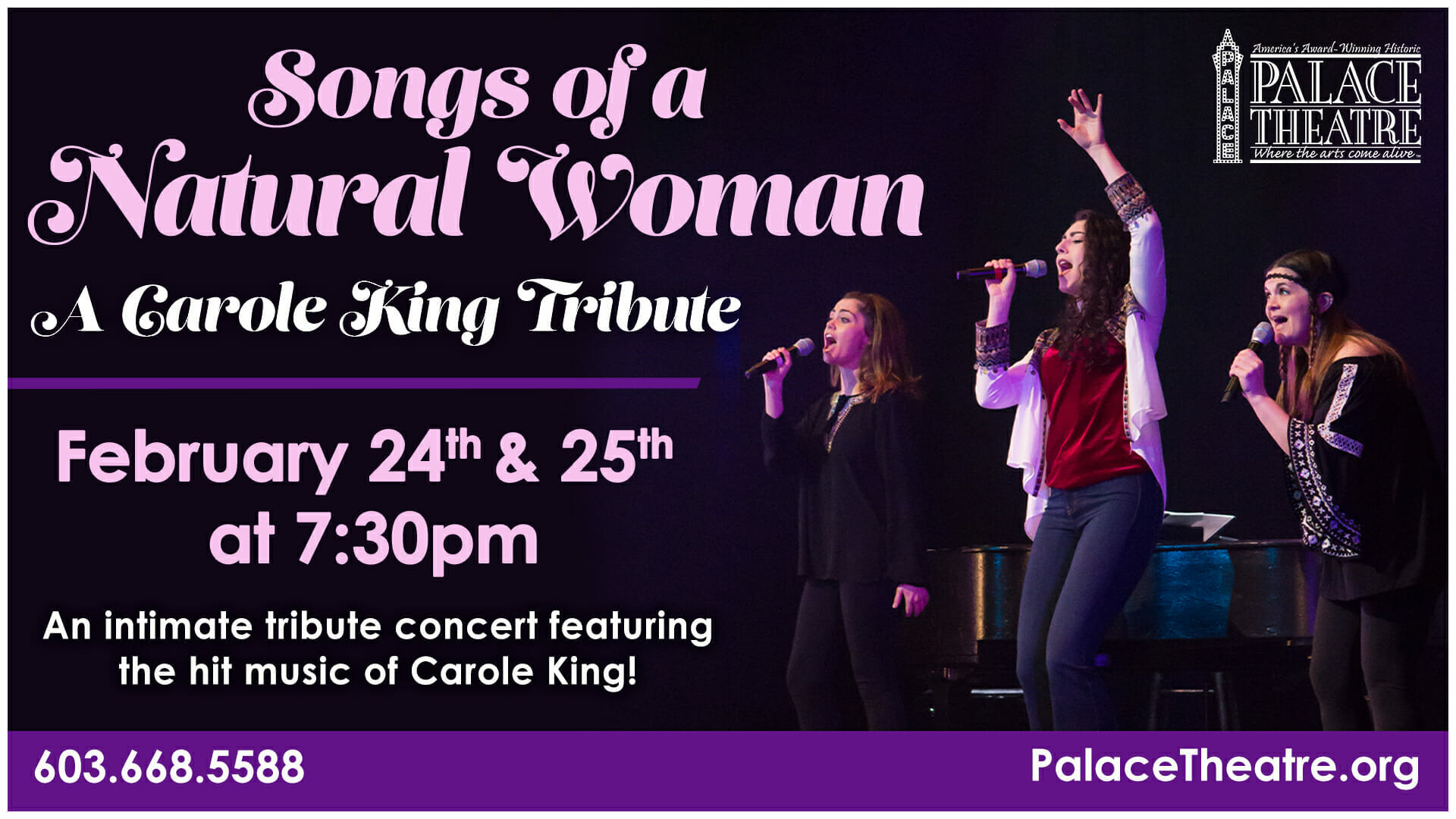 An intimate tribute concert featuring the hit music of Carole King. The show will highlight songs from Carole’s career with an emphasis on Carole’s 1971 solo album, Tapestry, which took her to the pinnacle. In a first for a female writer/artist, Tapestry spawned four GRAMMY Awards® — Record, Song and Album Of  The Year as well as Best Pop Vocal Performance. You’ll hear all your absolute favorites including You’ve Got A Friend, It’s Too Late, So Far Away and I Feel The Earth Move.