Stan Zimmerman’s Right Before I Go 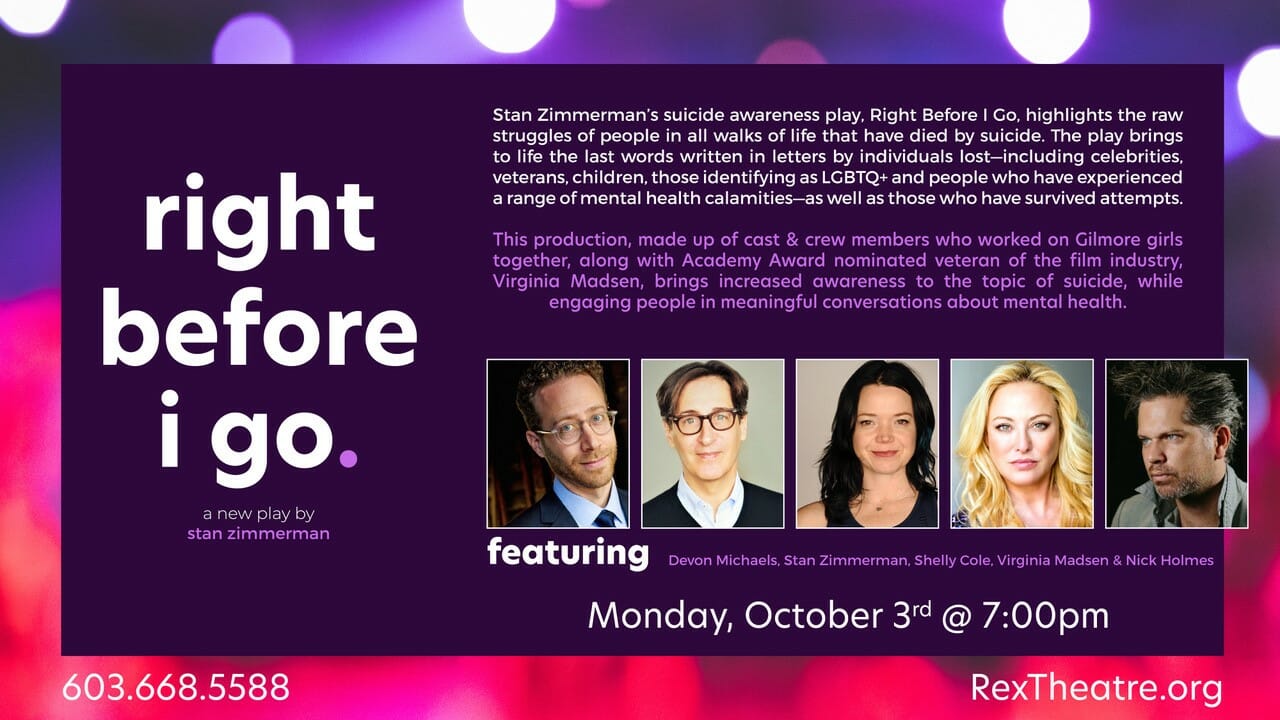 Stan Zimmerman’s suicide awareness play, Right Before I Go, highlights the raw struggles of people in all walks of life that have died by suicide. The play brings to life the last words written in letters by individuals lost to suicide — including celebrities, veterans, kids that were bullied, LGBTQ, and the clinically depressed — and those who have survived suicide attempts.