Comedy at the Rex with Dave Russo and Friends 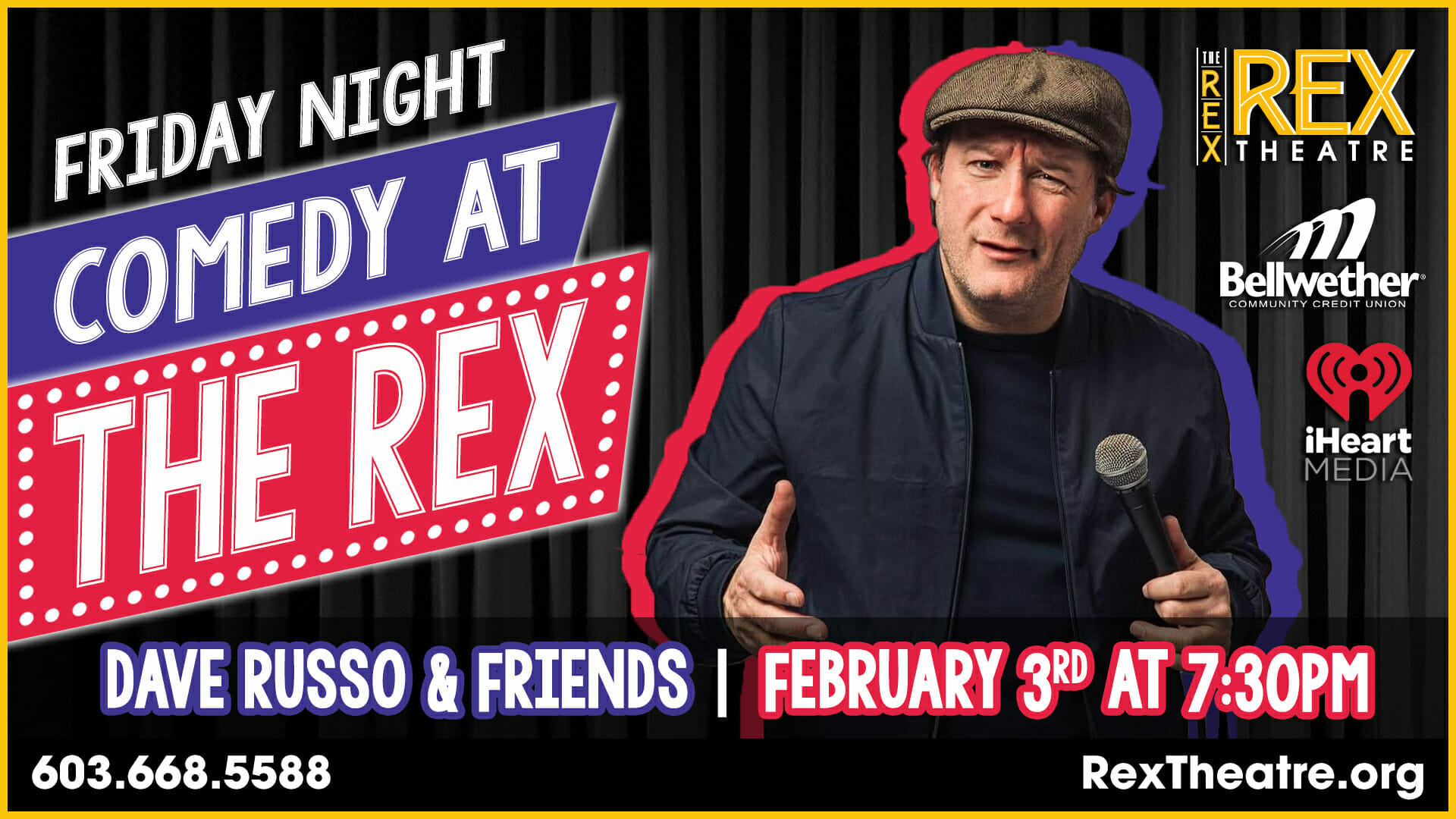 Recently named “Best Male Comic” in the city by the Boston Examiner, Dave Russo has been a mainstay of Boston comedy for the last fifteen years. As co-host of NESN’s Dirty Water TV, he produces a regular comedy series, in addition to reporting on the best of Boston night life. He has appeared on The E! TV series “The Entertainer”,  NBC’s “The Today Show,” FOX 25 with Gene Lavanchy, “The Phantom Gourmet,” and was hand selected by the producer of NBC’s “Last Comic Standing” to perform on NESN’s Comedy All-Stars.  Dave was recently featured on BostonGlobe.com’s “Boston, A Comedy Capital” panel, where he participated in a discussion of the history and future of Boston comedy. You can hear him every Friday on 980 WCAP.