Comedy at the Rex with Kelly MacFarland and Friends 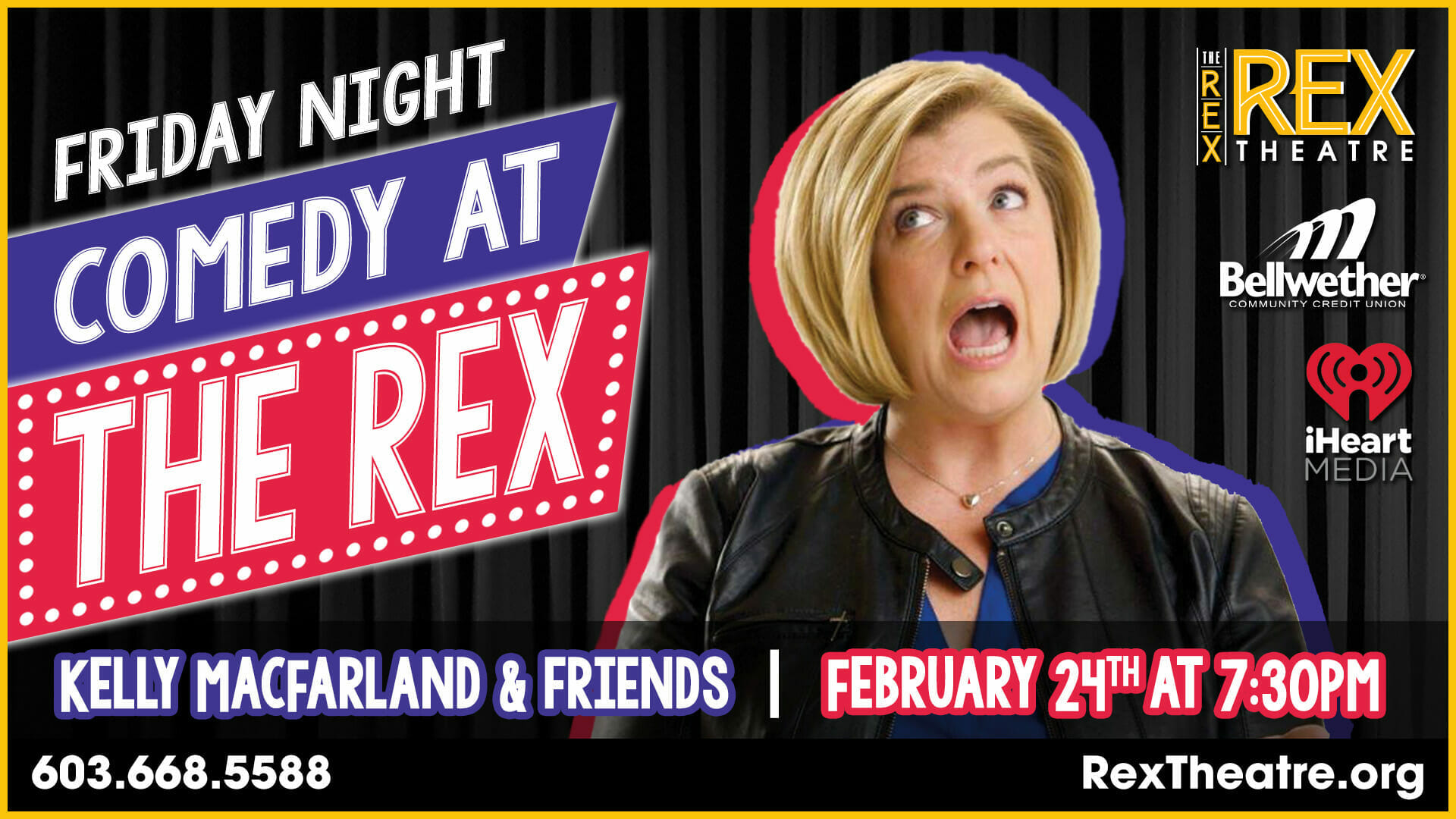 As an experienced stand-up comedian, Kelly has an extensive and well-rounded resume including comedy clubs, theaters, colleges, festivals, television appearances and entertaining US troops overseas. Kelly was first runner up in the Boston Comedy Festival and voted Best of the Fest at the Aspen Rooftop Comedy Festival. Kelly has two albums available on iTunes, Amazon and SiriusXM radio.