Comedy at the Rex with Kerri Louise and Friends 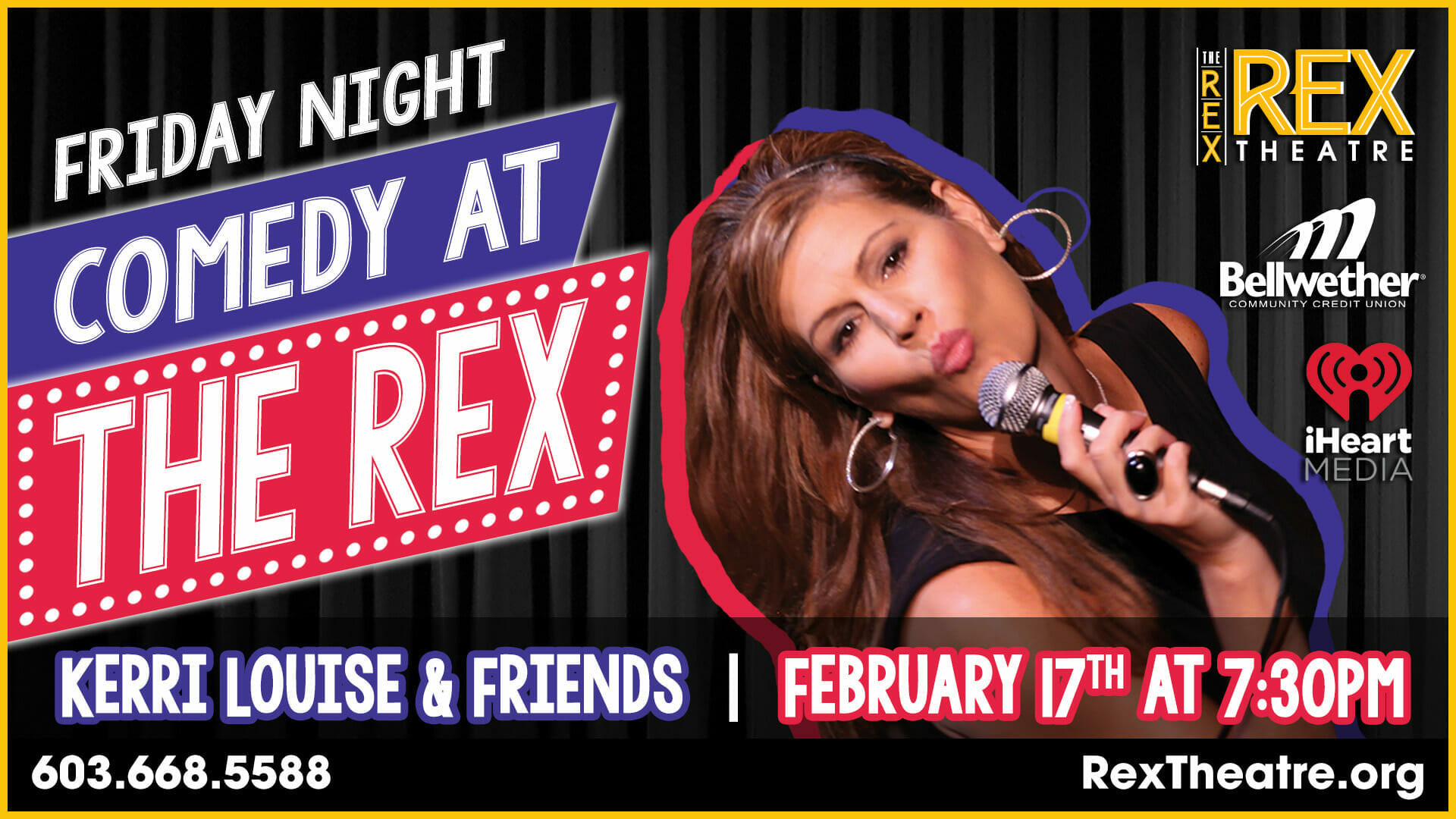 Who can turn the world on with her smile? Mary Tyler Moore. But who can turn the world on with her hysterical stories, original humor, and boisterous characters? Kerri Louise. High-energy, commanding and versatile–but enough about her sex life-Kerri Louise can entertain any audience with her warmth and razor-edge wit. She just filmed the hit, new, stand-up show “Gotham Live” on AXS-TV. Kerri was a regular correspondent on the Oprah Winfrey Show and that lead her to be a guest on the very first episode of The Dr. OZ Show. NBC took Kerri all the way to the finals in the show Last Comic Standing. Her performance on that show prompted The Women’s Entertainment Network to make her the star of her own reality show called “TWO FUNNY”.