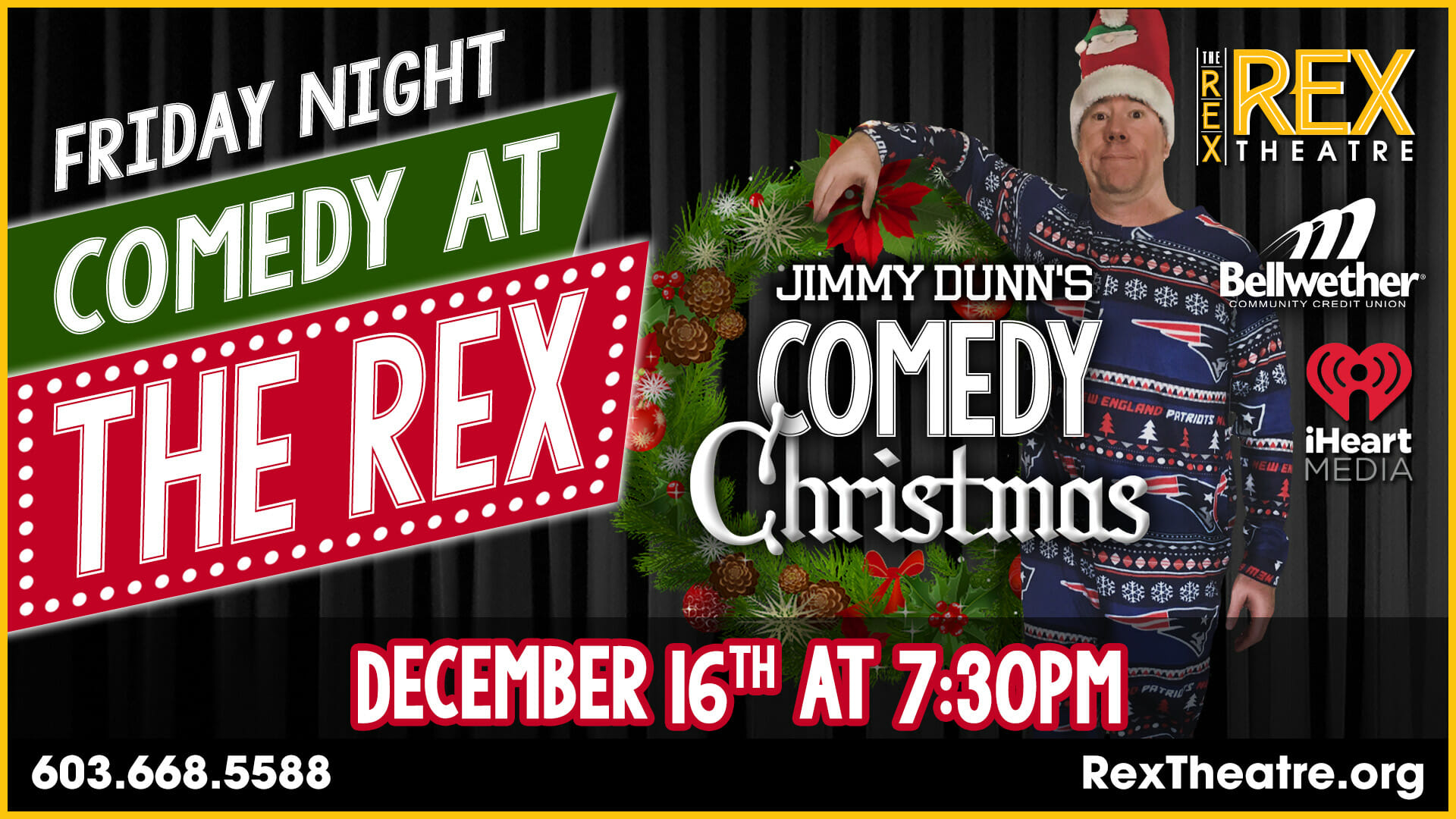 Jimmy Dunn and some friends will take over The Rex Theatre for a little Holiday Cheer!!!

Jimmy Dunn is an actor and comedian who is most recognized from the CBS sitcom The McCarthys, where he co-starred as Sean McCarthy.

He got his start in the comedy world performing stand-up at a bar in Gloucester, Massachusetts, where he was paid in beer and fried clams.

Since then, Jimmy has gone on to perform on some of the comedy world’s biggest stages, including Montreal’s Just For Laughs Comedy Festival,