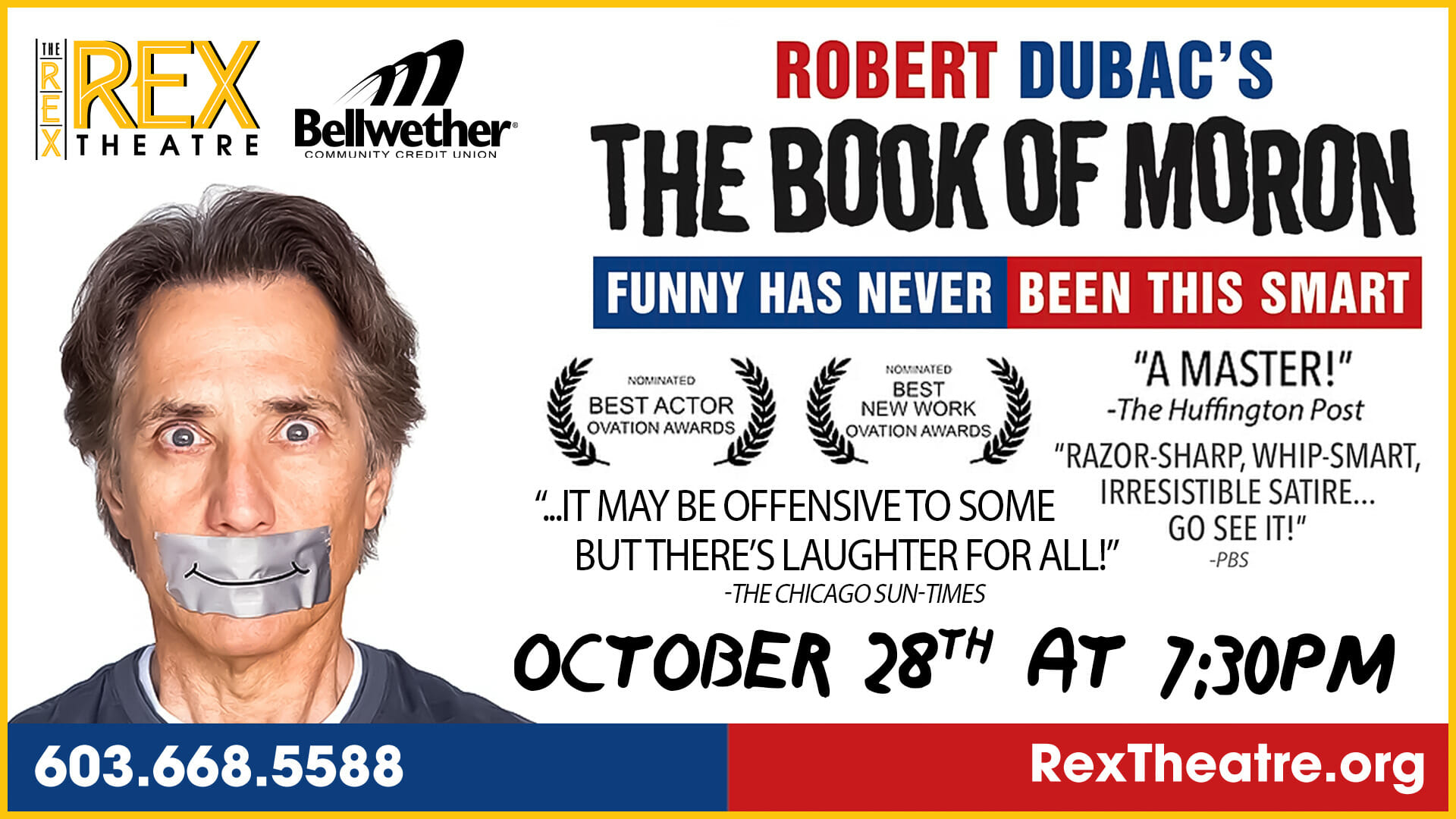 Robert Dubac’s newest hit, THE BOOK OF MORON is a fast-paced hilarious production that combines satire and theatre into what is being described by critics as: “Razor-sharp!” “Laugh Out Loud!” “Provocative!” “Thought Provoking!” “Brilliant!” and “A Thinking Man’s One Man Show!” The late Garry Shandling called it, “The funniest show you will ever think at!” and Dana Carvey from SNL declares, “If funny were a religion, Bob is nothing short of a miracle!”

So if you are tired of adolescent comedies generated by the mediocrity of television and are yearning for some satire that cuts with a clever intelligent edge; then buckle up for a hilarious joy ride over the pot-holed highways of cultural hypocrisy with Robert Dubac’s satirical bulls-eye, THE BOOK OF MORON!

It’s comedy on steroids. Think your funny bone can handle it?