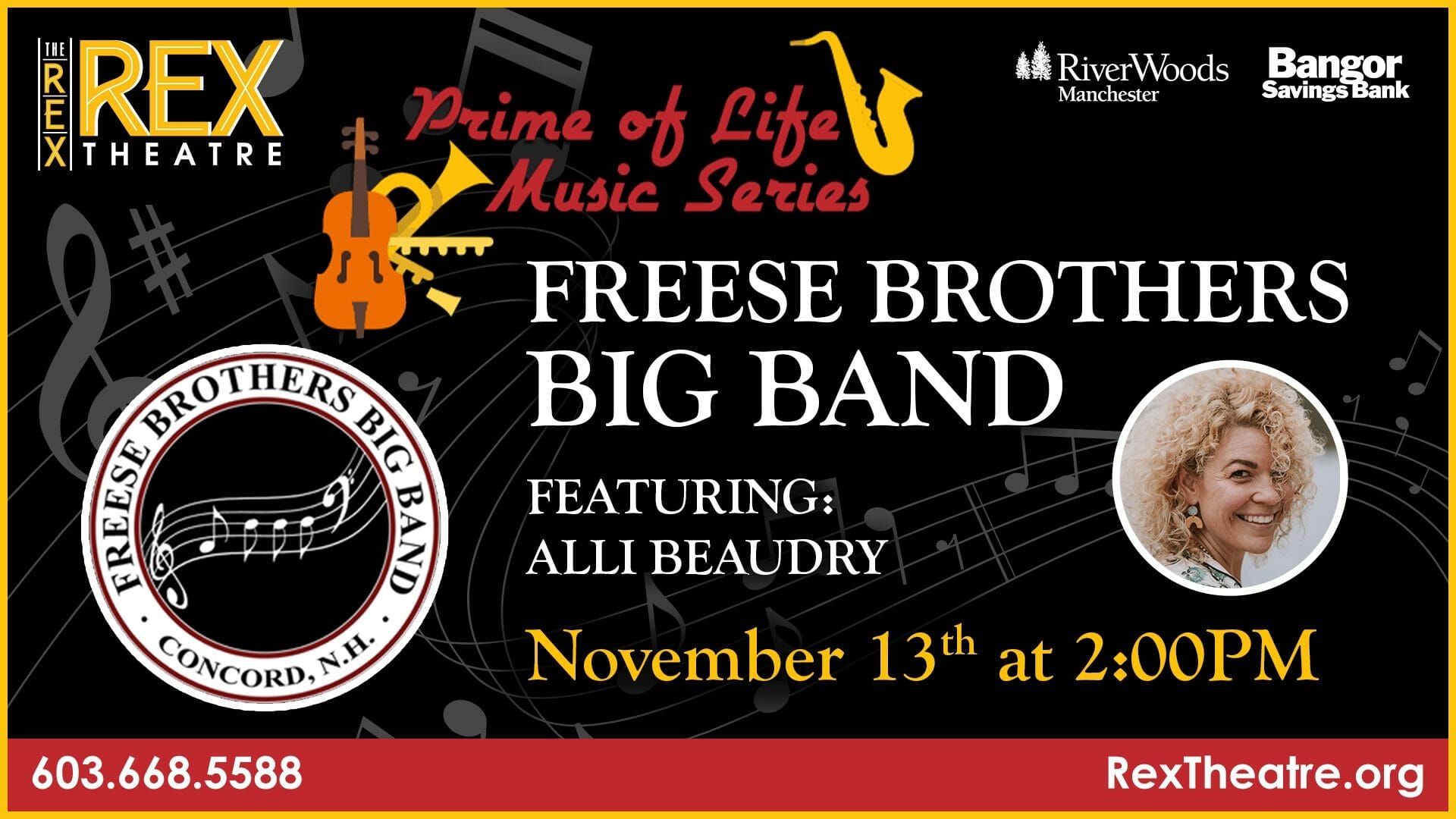 Playing the swinging music of the Golden Era of Big Band. The Band was formed in 1982 by the four Freese Brothers: Jack, Bill, George, and Courtland, who began playing music together in a family performing troupe in the 1930’s. The purposes of the Band are to support and encourage the development of the musical talents of the public (especially young musicians) and its members, and to foster an appreciation of music of all eras.

Part of The Prime of Life Music Series